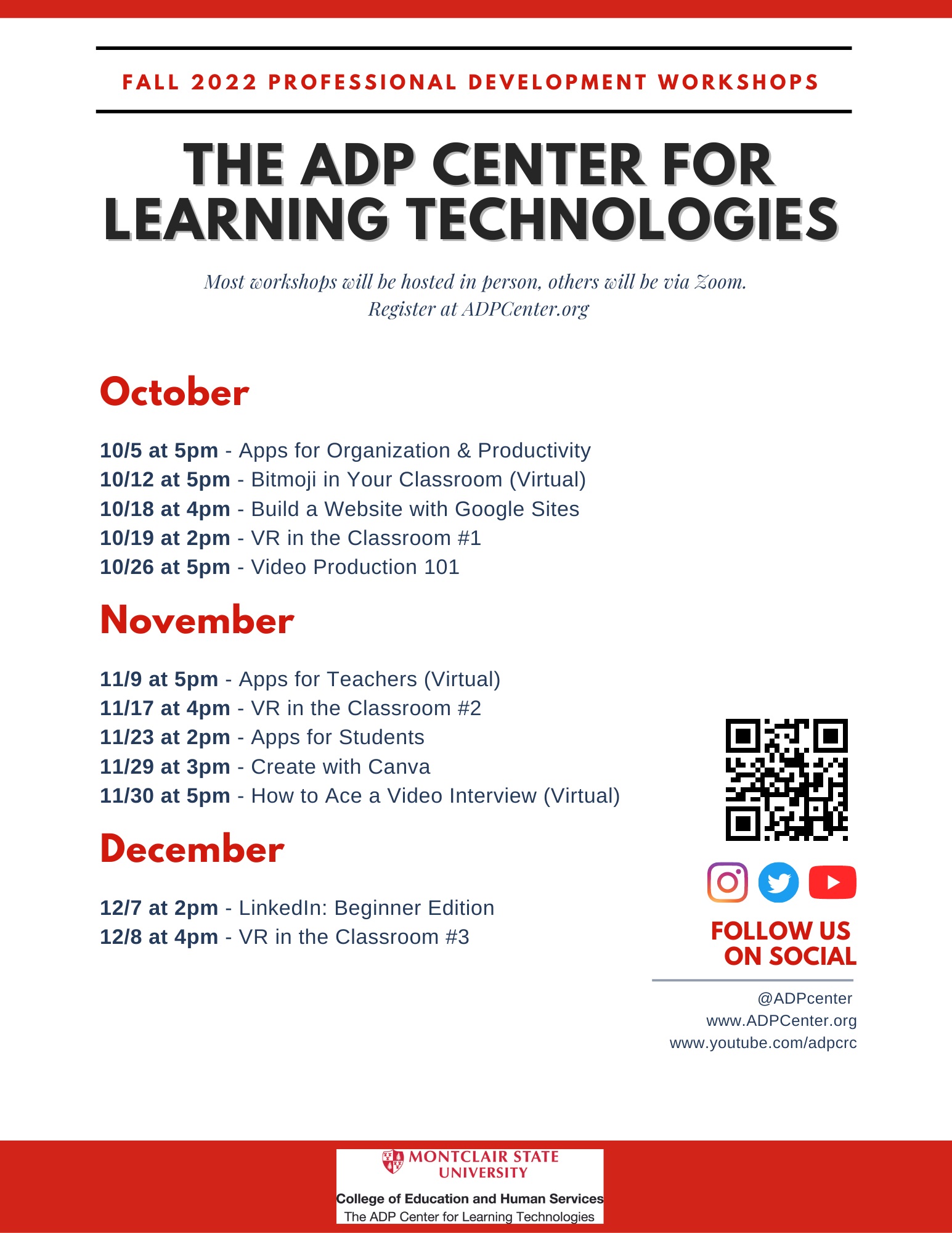 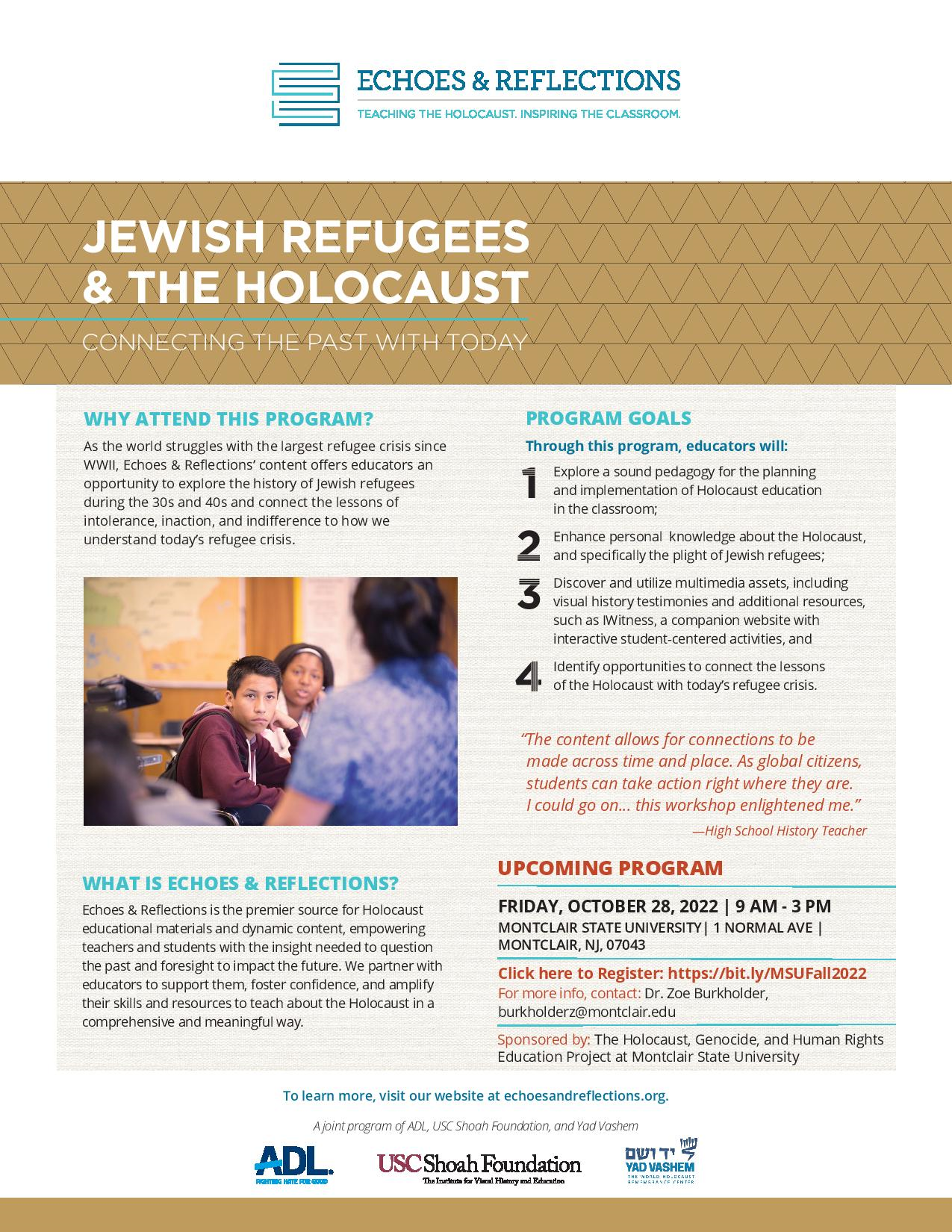 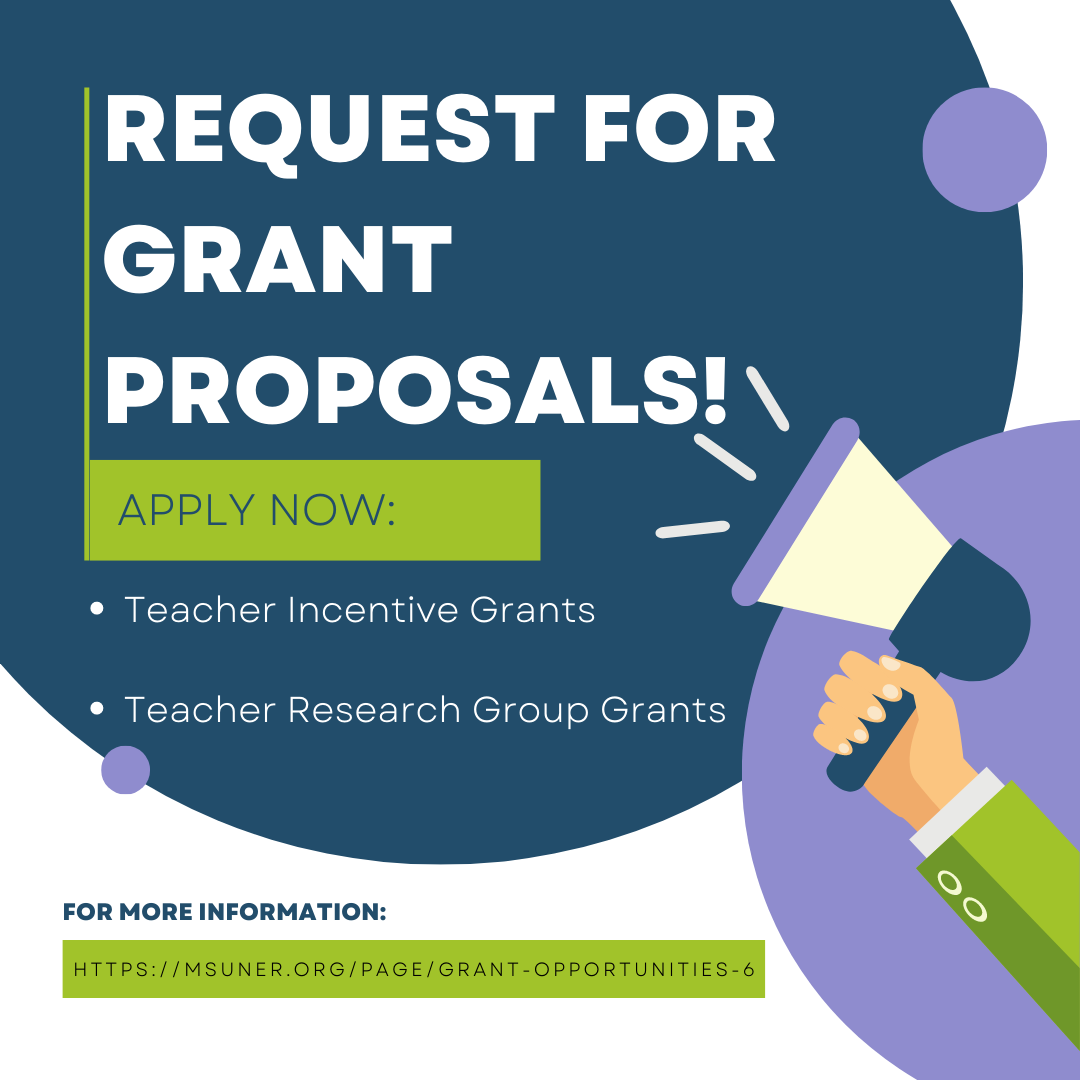 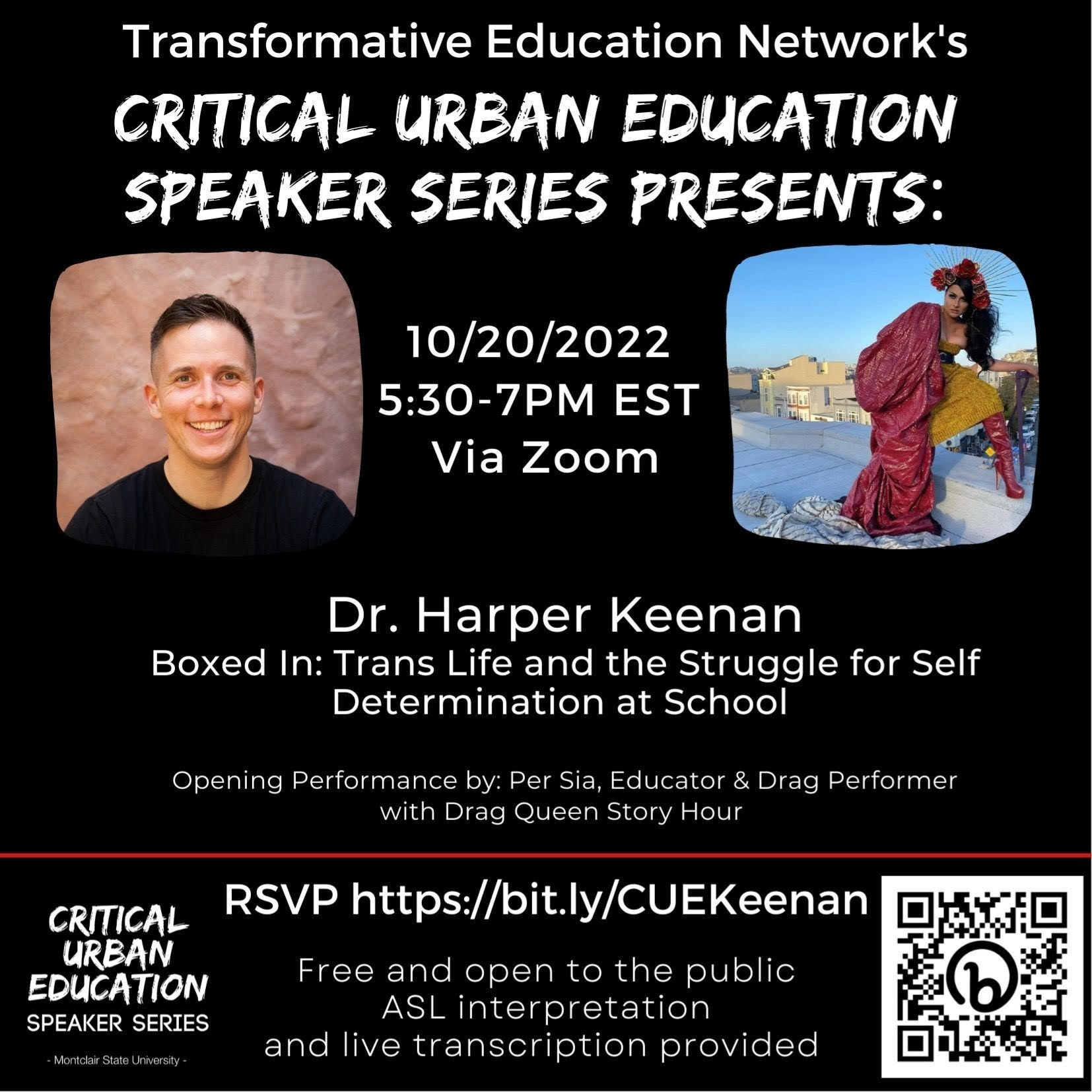 Dr. Harper Keenan
Robert Quartermain Professor of Gender & Sexuality in Education at the University of British Columbia
Boxed in: Trans Life and the Struggle for Self Determination at School
with an opening performance by Per Sia,
Educator & Drag Performer with Drag Queen Story Hour
Thursday, October 20 at 5:30 p.m. EST via Zoom
RSVP at https://bit.ly/CUEKeenan

This event is free and open to the public.

ASL interpretation and live transcription will be provided.

This event will not be recorded.

What are the conditions currently facing trans and gender non-conforming children and teachers in PK-12 public schools, and what might those conditions reveal about the role of school in society? This talk will begin by addressing the current political context of mounting hostility against trans people in education, and then present data drawn from two studies: first, a mixed-methods study of nearly 400 trans-identifying workers in PK-12 schools across the United States and Canada, and second, from a two-year ethnographic project examining the struggle for gender self-determination in primary education in a large urban school district in Northern California. Taken together, the findings from these studies offer insights into how schools serve to teach the public about the social meaning of gender, including how gender interacts with race.

Dr. Harper B. Keenan was appointed as the inaugural Robert Quartermain Professor of Gender & Sexuality in Education at the University of British Columbia’s Faculty of Education in 2019. In that role, he serves as the faculty director of SOGI UBC, which is a program supporting self-determination in gender and sexuality throughout PK-12 education. His work has been accepted at a variety of peer-reviewed academic journals and edited volumes, including Educational Researcher, Harvard Educational Review, Teachers College Record, Curriculum Inquiry, Theory & Research in Social Education, Teaching Education, and Gender & Education. He has also written for or been interviewed by a number of popular press outlets like NPR, NBC National News, Reuters, Slate, and EdWeek. In 2022, he was awarded a NAEd/Spencer Foundation Postdoctoral Fellowship.

Per Sia is currently a regular performer in the Internationally acclaimed "Drag Queen Story Hour" as well as an educator in residence at the Children's After School Arts (CASA) program in the San Francisco Unified School District which was recently profiled on KQED Arts and National Public Radio. With a pedigree from weekly performances at the late, iconic Esta Noche, Per Sia's trajectory has gone on to include art curation, stand-up, television, and maybe a quinceañera or two, in San Francisco, Los Angeles, and México.
Read more…